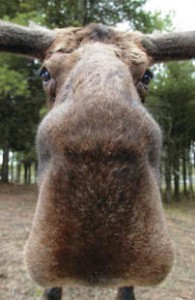 If you really are what you eat, there must be some very strange people walking about out there.

Discovering the world’s weird and wonderful foods is like opening a can of worms.  Literally. They range from the slightly odd to the ‘oh my God!’ with just about everything in between. Yak butter may not be everyone’s cup of tea, tripe may turn your stomach unless you are a cow and reindeer pâté may seem a trifle exotic. But they’re nothing compared to some of the things on offer. Moose nose jelly anyone?

Some foods are positively anti-social.  Take durian, for instance.  Or perhaps don’t.  Certainly not in confined spaces or on public transport – you’ll get arrested. This Asian ‘king of fruit’ is adored by orangutangs and by a surprising number of people. Smelling of sewers and decaying carrion it’s said to taste like custard, almonds, sherry and ice cream rolled into one. It’s an extreme marmite sort of fruit.  But even durian has its rivals. Among them chou dofu or ‘stinky tofu’. Its sharp scent, reminiscent of baby pooh, is so pungent street hawkers have been fined for breaking the air pollution laws. Another contender is hákarl. Not content to simply eat the shark, Icelanders bury it for months until it’s good and rotten.  Then they eat it.  Yum!

If smelly doesn’t do it for you, try some street food. In Indonesia they serve rat on a stick. If you’re squeamish, go for bat instead. Beijing traders put fried starfish on their sticks. Mexico offers the tequila lollipop complete with worm. Insects and bugs abound. Scorpions, grasshoppers, tarantula, whichetty grubs, crickets, silk worms – roasted, fried, marinated and even alive.

To quench your thirst there’s some treats in store. Kopi luwak is made from coffee berries eaten by the Asian palm civet and its friends and relations. The big cats gobble up the beans, nature takes its course and voilà – you have the makings of the most aromatic and most expensive coffee in the world!  After all the beans are washed thoroughly, several times, and dried in the sun before being roasted. In India they love cola and revere cows. The logical extension is gau jal, a cola made of from cow’s urine. Sounds unhygienic but this cola has no toxins – more than can that be said of some Western carbonated drinks!

While we shudder at the thought of cocks combs or camel tendons and get all smug, perhaps it’s as well to think of some of the things we eat. Which is better for your health, a starfish on a stick or chocolate covered bacon? Roast pigeon brains or an American pizza? The toppings include two cheeseburgers, a six-piece box of McNuggets and medium fries.  All covered with gloopy, fatty cheese. Now who’s weird!

This entry was posted in Food. Bookmark the permalink.