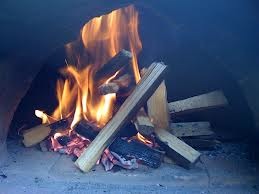 No, not the stuff you use to light a fire, though there have indeed been occasions in the past weeks when I would willingly have lit a fire under Kindle and all its works. I am in fact referring to the process by which a logical but not particularly technical person attempts to format a book for Kindle.

Kindling is a sure fire way to turn anyone into a raving loony. (I imagine the thought police will get me on that one. I’m past caring. That’s what Kindling does to you.)

Forget the fact that Kindle in its wisdom has brought out at least five different versions at the last count. Though even as I write I imagine pointy headed little sadists clustered together cackling evilly as they think up yet more versions. Forget the fact that your ‘formatted’ book has to be checked against every single one of these benighted versions plus iPad and iPhone and Android. And promptly turns itself into something that resembles the result of a nasty accident with a printing tray. So that you have to start all over again.

The fun actually begins way before you reach that point. It starts when you turn to the guides, either the ‘official’ Kindle ones (*sigh* as they say on Twitter), or any of the ‘helpful’ advice scattered around the Internet or in a series of e-books. All I can say is that if these guides were in charge of a party of climbers on a mountain they wouldn’t even get to first base. The mountain would be littered with broken bones, splattered bodies and severe cases of hypothermia.

Metaphorically speaking, these klutzy Kindling guides have forgotten to bring any crampons, will advise on the best type of climbing boot but forget to mention thick socks, offer chocolate crampons and, while some of them may remember to tie everyone together, they will totally forget to tie the end of the rope to the mountain. And in all likelihood they’ll be shouting the instructions from an entirely different summit. Some many miles distant.

Maybe I’m being harsh but pity the poor beginner. It’s something I’ve ranted about before so I will rant about it again. When people who know how to do something set out to instruct people who don’t know how to do it, their logic goes out of the window. Especially if they are techies. There are now maybe 10 different versions of Word. OK, you can’t cover them all but wouldn’t it be nice if you actually said which *expletive* one you are talking about. It would help. Or even demonstrate a sliver of awareness that other versions even exist.

It is beyond frustrating when you are told to go to X, click on the pull down menu and click Y, only to find that Y doesn’t exist. Like Monty Python’s parrot it is no more. At least not in the benighted version of Word you happen to be working on. My bookmarks are crammed with sites, all of which have a few bits of useful information the rest being either incomprehensible or utterly contradict something that’s been said on another site.

Much as it doesn’t seem so, I am grateful, I really am. Grateful that people are trying to help – those that are not doing it with an ulterior motive that is, and even some that are. But please, I beg of you. Think. Think clarity. Think logic. Write down those words, put them on a sticky, attach it to your screen. And always remember. You may have reached the top of the Mount Everest of Kindle but others are still in the foothills. And you need to guide them every step of the way. In case you didn’t get that I repeat – every step of the way. And, while you are at it, please make sure that, at the very least, you are all climbing the same mountain.

This entry was posted in Blog, Kindle, Self Publishing, Technology, Writing and tagged Internet guides, mountains. Bookmark the permalink.