Do you have to scream? 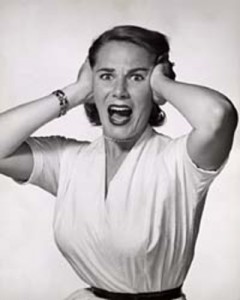 We should have seen it coming.  Back in the days of Driving School, Blind Date and Survivor there were plenty of prophets of doom declaring the end of the world, as we knew it.  Trouble is on that occasion they were right. Sometimes it seems as if today’s TV is wall-to-wall reality shows. While I’m the first to plead for more drama, more documentaries, more everything that’s not cheap-to-make reality, I’m not among those who believe these programmes are all bad. Some really are the pits of course and others just plain sad.  However, there are plenty of uplifting ones. Shows where people develop and learn something. And programmes that are just good honest entertainment.

Over the years the predictable, and popular, gardening, property, cookery, dating and talent shows have been joined by a raft of unlikely productions. There’s not a topic that isn’t covered – from Wife Swap to Extreme Makeover, where the subject is, of all things, cosmetic surgery. Nothing’s sacred, and there’s no accounting for taste. If Four Weddings has me reaching for the Prozac, while wondering why people would turn their wedding into a circus, there thousands even millions who enjoy watching this strange and rather depressing freak show. Conversely, while I will watch anything with an animal in it, plenty of folks believe that I’m the strange one. But there you go. If there’s a kitten stuck in a conduit pipe, the sad inhabitants of a puppy farm to be rescued or a poor mangy creature neglected in a field, that’s me hooked.

One great virtue animals have over humans is that, when they’re happy, they wag their tails or give grateful licks and maybe even whinny, trumpet, roar or even bark a bit.  The one thing they don’t do is scream. And they don’t follow the herd, like sheep.  Unless of course they are sheep, in which case it’s perfectly acceptable. Screaming is ruining the shows I once loved.  I used to enjoy X-Factor but now I can barely watch it, and if I do switch it on I’m more than likely to switch it off pretty swiftly.  It’s that or shout obscenities at the screen and startle the cat.  The same goes for Britain’s Got Talent and Over the Rainbow and others too numerous to mention.

One of my guilty pleasures is American’s Next Top Model and its spin-offs in Australia, Britain and Canada. Set in the unreal and beautifully strange and inspiring world of fashion, this programme is among the worst offenders.  It’s only my love of the fascinating transformations, the extreme make up and extraordinary garments that has kept me watching.  In spite of the bitching and the egos and the nastiness. But it’s the screaming that will finally make me reach for the remote.

Now I don’t know who started all this screaming but it’s become an epidemic.  You didn’t find Alan Titchmarsh or Tommy Walsh screaming in the good old days of Ground Force. They didn’t scream on Changing Rooms.  In fact, until fairly recently, screaming seemed to be confined to the good old US of A, like death row and peanut butter with jelly. But what America does, we inevitably follow.  Pop Idol, Fame Academy, X Factor, Britain’s got Talent and others too numerous, and annoying, to mention – all got in on the act.

The families wait backstage, and when the darling appears – I don’t need to say it, do I? The same goes for those highly manipulated and manufactured ‘visits home’ with everyone, from Mum and Dad to silly Sid from across the road and next door’s dog, assembled in the front room.  All ready to scream at the sight of the singer, dancer, contortionist who’s made it through to the boot camp (where you can be sure there will be even more screaming.)

We’ve turned into a nation of hysterics. Mad as cheese and given to emotional outbursts. Our stalwart and ramrod forefathers would have deemed such behaviour unbefitting for an Englishman, though just what you’d expect from excitable ‘Johnny Foreigner’. Now I’m not against a bit of emotion. In my opinion the stiff upper lip is well past its sell by date – leaving who knows how many emotional cripples in its wake.  But you can have too much of a good thing. The worst thing of all is that this frenzy of misplaced hysteria has become the norm – goodness, they’ll be doing it parliament next. Come to think of it, screaming might even be preferable to braying. 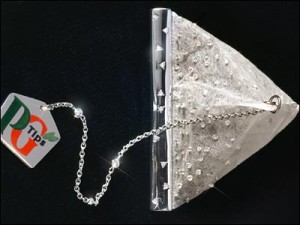 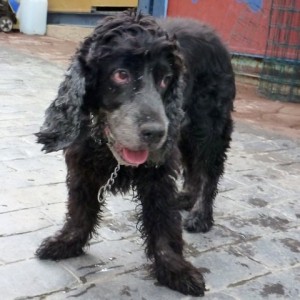