A nice cup of coffee – and a cat

Or indeed several cats.  Most apartment buildings in Japan don’t allow residents to keep pets. Some do but they are at the expensive end of the market. The astute, cat-loving Japanese have come with the ideal solution.  Cat cafės.  Here in the U.K. we now have therapy dogs and cats that visit residential homes – perhaps we could make their presence more permanent in day centres and care homes. Of course there is a question of hygiene, but cats are clean creatures and the Japanese seem to manage in a café so why not in a day centre. As to health and safety, I’m sure most folks would rather injure themselves tripping over a cat than lying neglected in a bed.  Besides, cats are clever. They’d get out of the way. 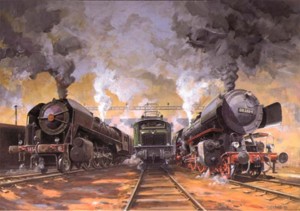 Time was I loved to travel by train. I wrote on trains. I read books on trains. With the advent of computers, I typed on trains. Then came Wi-Fi and joy of joys, I could write and research on trains. Since a great deal of my blog and article writing relies on the Internet, this was indeed bliss. Until delays, mobile phones in supposedly ‘quiet’ carriages, over-crowded trains and that very English phenomenon ‘engineering works’ drove me off the tracks and onto the road.

So, last week, it was with some trepidation that I set off to take a train to Exeter via Waterloo. I was at the station in good time – which was a waste of time – the train was delayed. I’d wanted to be early to be sure of getting a seat because, after I’d gone through the whole booking palaver, including choosing my ‘preferred seat’, I was informed that ‘South West Trains don’t do reservations.’ Ye Gods!

I paid the, admittedly small, amount extra to travel first class. Not knowing that on South West Trains the first class provision is woefully inadequate. For Exeter you must travel in the first six coaches – with just two half-carriages between them. However, I was going to Whimple and for Whimple, you travel in the first three coaches with just half a carriage available.

Half an hour into the journey I discovered, by chance, that contrary to what I’d been told I was not in the first section of the train. Moving involved an obstacle course as I and others fought our way through packed coaches stuffed with cocky sub-teens, past sticky-out legs, great piles of luggage – and the refreshments trolley.

It was our ill fortune to get stuck behind this purveyor of over priced ‘fayre’ as it began its slow journey past the aforementioned sub-teens. Every single one of whom wanted some complicated combination of junk – and not one of whom had change. Nothing smaller than a tenner was proffered.  A snail could make it round Silverstone quicker than that trolley.

Our good fortune was to discover that said trolley was being operated by a charming, if somewhat slow, gentleman who finally agreed to move down the aisle, let us through and then go back and purvey that which he was purveying. This he achieved with some difficulty, hampered as he was by the cries and clutching hands of people a-feared of losing the trolley altogether.

He stuck to his guns, or in this case his trajectory. We were able to get through. In a manner of speaking. Several more coachloads of glassy-eyed adolescents, sticky-out limbs and thoughtlessly placed suitcases further impeded our progress until at last we reached the promised land.  Except that once there it was, metaphorically speaking, distinctly lacking in milk and honey.

Having, somewhat late in the journey, reached what we’d hoped would be a tiny oasis of space we were disappointed. Where people were not strewn across the seats, luggage was.  In one case a very tiny lady sat in a four-person table area with two extremely large suitcases on the two facing seats and all manner of objects piled on the one beside her.

As we struggled to find somewhere to sit, further chaos ensued when the majority of those in the oasis discovered that now it was they who were in the wrong part of the train.  And they who faced the momentous struggle back through the sullen sub-teens and the sticky out legs and indeed the refreshment trolley.

Finally, some forty minutes or so into the journey I was able to settle down. Only to discover another feature of travel on South West Trains. No Wi-Fi. So no Internet. So no possible chance of doing the work I needed to do.  Bummer, bummer and thrice bummer. To all those eager visitors preparing to visit Britain this summer for the Olympics, and hoping perhaps to enjoy a side-trip to our famed West Country, my advice is – don’t. Or if you do, go by car.  I wish I had. 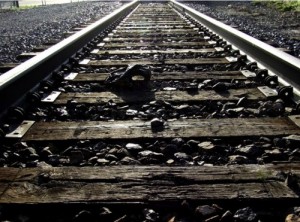 How to make statistics look amazing …

If you can ignore the rather harsh tones and persevere beyond the first few seconds, this video will open your eyes to history, health and, indeed, statistics. Truly inspiring – and should be developed further and shown in schools!

Just imagine the situation. You are getting older and are not in the best of health.  You live alone with your beloved dog, your constant companion and friend since your husband died some years ago. Sometimes you think he’s the only thing that keeps you sane. But there’s one problem that’s destroying your peace of mind. That keeps you awake at night.

You’re finding it harder and harder to get about. The doctor is suggesting residential care but you can’t bear to be parted from your pet. And, you have to face it, even should you remain at home, what will happen when you die? Who will look after him? How will he cope? This is the agonising problem that faces many elderly people. Those who become terminally ill confront the same difficulty, have similar fears and worries.

This is where the Cinnamon Trust comes in. I came across it almost by chance when I was researching something else on the net. It’s the only specialist national charity with the sole aim of helping older people, and those who are terminally ill, to ensure that their pets are well looked after when they can no longer care for them. I’m amazed to discover that in the UK at least, it’s the only charity working quietly in this crucially important but almost invisible area.

The trust was founded nearly thirty years ago by Mrs Avril Jarvis, and named after her much-loved corgi – Cinnamon.  It’s stated aim is ‘to respect and preserve the treasured relationship between owners and their pets.’ It works in partnership with owners, solving any difficulties that arise. Avril Jarvis says she has known many elderly people who have, quite literally, lost the will to live when their pets have died, but have been too worried about what might happen after their own deaths to acquire new animals.

With this in mind, the Trust enables owners to hand their pets over to the Trust before they die, or on their death, so that they have the comfort of knowing not only that their companion will be well cared for but also who will be doing the caring. Younger animals are fostered long-term with financial help from the charity or matched with distressed owners whose pets have died. Older ones live out their days comfortably in one of the trust’s two unique sanctuaries in Devon and Cornwall.

What makes these sanctuaries so special is that they replicate, as far as is possible, a proper home. Instead of kennels or cages there are sofas and armchairs, rugs and cushions. Even TVs.  Everything these pets would have been used to.  The Trust does more than provide sanctuary and match pets with new owners. An army of volunteers, the length and breadth of Britain, come to the rescue in all sorts of             situations. From short term fostering when someone is in hospital to walking a dog for                                            a housebound couple, to driving a pet to the vet or shopping for supplies.

If I ever win the lottery, there will be a shed load of money coming their way.