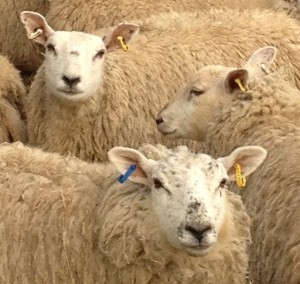 I love the English language, but some words really irritate me. One in particular has been prominent lately; it’s been on every newsreader’s lips, constantly, driving me nuts.  It’s not a word that bothers most people, judging by the amount of times you hear it. However, having written that sentence I suddenly realised that I never hear ordinary people use it. By that I mean that you don’t hear it when real people are talking to each other.

A little reflection and I realised why. It’s because it’s ‘official speak’. And that’s the clue. That’s why I hate it so much. (When I used the word ‘irritate’ I was lying. It doesn’t irritate me; it infuriates me.) I have to confess that I haven’t noticed it used in print, but it probably is. Newspapers are as guilty of ‘official speak’ as the rest of the media, but probably not so much.

So what is this word that drives me so crazy? It’s the word – or in my vocabulary the non-word – ‘wrongdoing’. Where did it come from? Who first started using it? What in the name of all that’s holy is wrong with saying ‘crime’ or ‘doing wrong’? I think I know. In order not to say ‘wrongdoing’ you have to use a few more words, which might throw out the carefully controlled TV and radio schedules by a few nano seconds and get the newsreaders colliding with the continuity announcers and bumping uncomfortably against the poor weather people, who, goodness knows, are squeezed enough.

What would I say instead of ‘wrongdoing’ – always assuming I was a newsreader? What I would say is ‘he claimed he was not guilty of any crime.’ ‘She says she has done nothing wrong.’ ‘He denies he has done anything wrong’. In fact, these phrases don’t actually use up any more words than saying ‘He says he was not guilty of any wrongdoing.’ In fact, in some instances, fewer words are used, so there’s no excuse. It’s simply lazy. One journalist says ‘wrongdoing’ and everyone else says ‘wrongdoing’. It’s all part of the parrot syndrome. Maybe I’m being be unfair to single out newsreaders and journalists since it’s the politicians who are the worst offenders. All the same, I don’t expect much of politicians but I do think we should be able to look to journalists to respect this great language of ours and stop behaving like sheep.

It’s a while since I posted anything quirky or weird or unusual. So I think a little silliness is in order. I came across this video during the week and it appealed to my rather strange sense of humour. I do find it a bit worrying too, since it involves working animals. I hope the sheep didn’t feel humiliated and that they weren’t worried by the twinkly coats. Even more, I hope they weren’t frightened.

Someone posted a comment to the effect that the sheep should have been given a credit and I heartily agree. They did all the work. And there’s no way any of it could have happened without the splendid and intelligent sheep dogs. And they didn’t get a credit either.  I love this video for it’s inventiveness and fun but I’m somewhat annoyed that the shepherds have grabbed all the credit and still a little concerned about the animals involved.