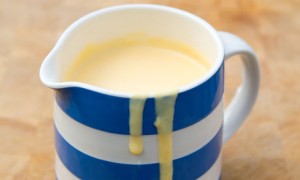 A couple of weeks ago, during a pleasant weekend in the country, my friends took me to one of those garden-centre-come-overpriced gift-shop-come-expensive-interior-design–come-a-bit-of-everything sort of places – I believe the correct name is shopping village. (Who thought that one up?) In this shopping so-called village there were two restaurants, both heaving. When we finally got to sit down in one we ordered a perfectly adequate meal of the baked-potato-with-toppings and soup-and-a-roll variety. Not a Michelin star in sight; that was fine. We weren’t expecting gourmet.

What wasn’t fine was the sheer effrontery of the place. When it was time to choose a pudding (I will not call it a dessert in this context) each of the three items on the menu stated  - and I quote – ‘comes with custard, cream or ice cream’. I’m not sure what prompted me to check, apart from my suspicious nature or perhaps my passion for words and the English language. For whatever reason, I asked the waiter to confirm that these items came as part of the pudding.

‘But it says ‘comes with,’ I protested. ‘That means they are part of the dish.’

‘It says,’ I insisted ‘comes with custard, cream or ice cream.’

‘It does come with them, ‘ he answered, ‘but you have to pay for them.’

Arguing was pointless since he didn’t get the point. I gave up. I did, however, draw the offending text to the attention of the owner, assuming it was some sort of typo. He didn’t exactly apologise just acknowledged my comment and thanked me in a lukewarm sort of way. Which was somewhat cancelled out when he sauntered up to our table and said that I was the first person who had remarked on the wording in eight years. Any hopes of a goodwill gesture – ‘so sorry, have the custard/cream/ice cream on us’ was obviously out of the question.

Eight years! Jeez! He’d been getting away with that for eight years. At least. If this sounds a bit of an extreme reaction on my part, let me tell you there was more. The pudding selection consisted of three items on the menu. With prices. Plus a selection of cakes not on the menu but displayed in a case. With no prices. The bill wasn’t itemised. How did you know that your bill was accurate? You didn’t. Bad as that is from a trading standards perspective, the thing that bothers me just as much is the general ignorance about the use of English.

These days, while there are still many people who care passionately about the use of language, there are far more who don’t. Some from indifference. Even more through no fault of their own but rather as a result of failures in our system of education. So, why should any of them care anyway? What does it matter after all? It matters. Language is constantly evolving, which is a good thing. But that’s not what I’m talking about here. What I’m talking about here is clear communication. That’s what grammar is all about. Clarity. The placement of a comma affects the entire meaning of a sentence. Sloppy language can signal sloppy thinking. It could lose you a job or, in the case of my grammatically challenged restaurant owner, a visit from the trading standards officer.

There are many great books on the subject. Just to cite a few examples there is the splendid Eats, Shoots and Leaves as well as Troublesome Words and my bible, English Today, by the redoubtable Ronald Ridout.

You can’t argue with the dictionary … 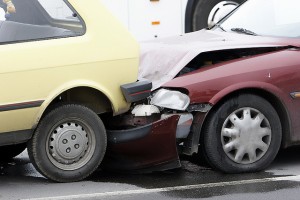 I think it’s the use of the noun impact as a verb that so annoys me. (Before you start screaming, at me, hold on and all will be revealed.) I’m all for breaking the rules of grammar. I’m guilty of starting sentences with and or but and of splitting infinitives. But (there you see) I do know the rules to start with. However, I’m well aware that I don’t know everything and that I have my blind spots. I’m also a thorough person and conscious that, as a writer, I will be picked up on any inaccuracies. So I turned to the dictionary to check.

At first all was well. As I believed, the noun impact means the action of one object coming forcibly into contact with another as in there was the sound of a third impact. Yay. Just as I thought. Vindicated. I scrolled down. The word also means the effect or influence of one person, thing, or action, on another: our regional measures have had a significant impact on unemployment. So far so good.

I read on. Only to discover that impact can indeed be used both as a transitive and an intransitive verb. The very examples given in the dictionary are the ones that make me tear my hair out.  An asteroid impacted the earth. High interest rates have impacted on retail spending. And worse the move is not expected to impact the company’s employees.

Bummer. It’s not nice to find that your favourite prejudices have no grammatical foundation. Bummer, bummer and thrice bummer. However, a chink of light appears. There’s ‘A Note’. This mentions that the phrasal verb impact on has been in the language since the 1960s but that many people disapprove of it despite its relative frequency. More to the point it continues by saying that, as a verb, impact rarely carries the noun’s original sense of forceful collision. Careful writers are advised to use more exact verbs that will leave their readers in no doubt about the intended meaning.

Oh dear! This post hasn’t quite turned out the way I meant it to. I set out to rant against the inaccurate use of impact as a verb, safe in the knowledge that I was right. And I’m not.  Not strictly speaking. However, my visceral feelings tell me otherwise. No matter how correct it is, according to the letter of the law, I will always hate the word impact used as a verb. So whether I’m right or wrong, it’s my prejudice and I defend it to the death. As with many of the new shortcuts that have leaked into our language the root cause is both laziness and lack of imagination, coupled with the herd mentality. And just don’t start me off on going forward.