Exactly what it says on the tin … 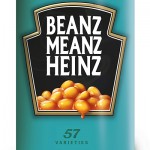 Recently a panel at Creative Review came together to compile what they considered to be the twenty top slogans of all time.  Not surprisingly, many of those that made it onto the list were not only familiar, but also long-lived. It’s a hard task, selecting from so many brilliant campaigns, and they’ve put together a great list.

That said, only five or maybe six of their choices make it onto my list. Heinz because it broke the rules, Ronseal because it’s so simple, and logical. Marmite and Audi are selected because they are so brave. Why brave? Anyone who works or who has ever worked in advertising will know what I mean. Tell a client that there are people who hate the product! Sudden death. Tell them you’re going to write their slogan in a foreign language or that you’re going to spell it wrong! Yikes! 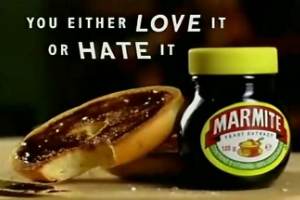 I’m full of admiration for those agencies who were that brave.  And for those clients. They trusted their agencies, they let them get on and do the job they were hired to do. Their trust was well placed. ‘Beanz Meanz Heinz’ has been running for nearly half a century, Audi for 30 years and some of those on Creative Review’s list date even further back – ‘Say it with Flowers’ has been going since 1917! They all deserve their place, but these things are necessarily objective. So now, in no particular order, as they say on the telly – here’s my list. …

We take more care of you – British Airways

Does Exactly What It Says On the Tin – Ronseal

The Appliance of Science – Zanussi

All you add is love – Ralston Purina dog and cat food

Say It With Flowers – FTD

Go to work on an egg – British Egg Marketing Board

You Either Love It Or Hate It – Marmite

A dog is for life – not just for Christmas – Dogs Trust

Extinct is Forever – Friends of Animals

Probably the best lager in the world – Carlsberg

Yes, I’ve had to leave out the iconic ‘Diamonds are Forever’ and not all the slogans on my list are still around – doesn’t mean they aren’t brilliant.  Ralston Purina, now simply called Purina, have a new slogan – ‘Your Pet. Our Passion’.  It isn’t a patch on the original, ‘All you add is love’.  I’d never heard of Adelma Mineral water until I looked at the slogans on Ad-Mad, but who could resist ‘Freshly squeezed glaciers.’ For what it’s worth I’ve chosen my slogans either because they are brave, or clever, or just, like Ronseal, say exactly what they do on the tin. 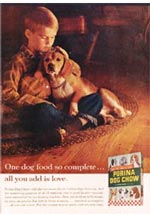