I love it when advertising agencies think up something different. And I love the clients who go with it. This sweet commercial from Ibis hotels has come up with a refreshing take on the product.

By focussing on the beds, rather than the hotel itself, and using bunny rabbits to convey softness and comfort they avoid the usual cliches. It might be said that Premier Inn have already been there – beds feature in their ads too. No rabbits, though.

The first video shows the actual commercial. The second on shows how it was put together – not unlike the Ikea ‘Cats’ commercial. Though it seems the bunnies were rather easier to control. No surprise there!

Of rings, roses and jumping on bandwagons

Posted on February 9, 2013 by Clodagh Phelan 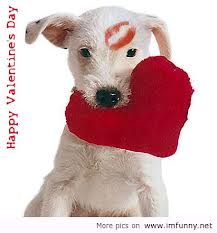 It’s nearly Saint Valentine’s day. The advertising industry is adept at leaping on to bandwagons. So I thought I’d take the lazy way out this week and link to some Valentine themed commercials. I really wanted weird and funny ones but they were difficult to find. I’m obviously looking at the wrong sites.

There were plenty of rather rude ones and misogynous ones. I ruled these out, along with anything too soupy. Also, the few rather odd or funny ones just weren’t that good. I’ve chosen one clever one from Google, even if it is old and a bit soupy at the end. A rather sweet Indian one, advertising eBay, and a very romantic one from Cartier - with far too many roses.

The Cartier one is in there despite all the roses and its ‘boy meets girl’ and ‘it will be all right in the end’ message. Why? Because Cartier are brilliant at making long commercials that tell stories. The best commercials always tell a story, even if there are no words.  Such as in the exquisite L’Odyssée that I posted on this blog some months ago.

And, call me cynical, but Im sure that ring helped!

P.S. I would like to have embedded the videos. I managed it last week. I did exactly the same thing this week but all I got were strings of URLs. And wasted two expletive hours trying to sort it out. And eventually gave up and went with links. Grrrrr.

Posted on December 6, 2012 by Clodagh Phelan

The video below looks a great deal better on the big screen, which is where I saw it last weekend.  Nevertheless, it’s still good in the smaller format. As an example of letting your fans do your work for you, it’s superb.  It’s also a great example of how to form a bond with your clients, to make them feel all warm and fuzzy as well as reaching out to prospective travellers and making them want to pack and take a plane and head for your shores that instant.

What did the Canadian Tourist Board do? Just asked Canadians to send in their videos. Which they did – 65 hours of it, of which this commercial spans two short minutes. Great minutes – not simply showing the beauty of the country, something we know about, but demonstrating what it’s like to be there. It will have taken some time to edit all that footage, of course, but that would have cost a fraction of the amount needed to create a commercial from scratch. It might have been the cheaper option but this film is far from cheap. It’s clever, intelligent and engaging and fun.