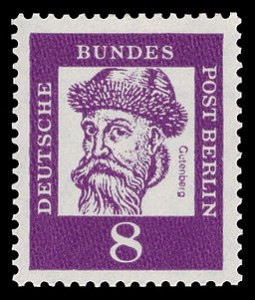 You Tube is a notorious time waster. A pleasant time waster but a time waster none the less. All those cute kittens and weird animal antics and skateboarding dogs and hilarious babies. Being a bit short on inspiration this week, I thought I would simply put on two of my favourite talking dog videos. No apologies. They are really funny.

Some thoughts on the lack of clarity and logic in manufacturers instructions. Or, to put it another way,  a great big fat rant!

A couple of weeks ago my printer got sick. It developed a strange disease that caused it to believe it was a rainbow.  Of course a colour printer should make rainbows, but only when asked. My poor machine had what appeared to be a severe identity crisis. What should have been mono print came out green or green and yellow. And then it would change its mind and print exclusively in pink. Attempts to rectify it sent it into further vibrant hysterics. Although there were diagnostic thingies to help, in most cases I find them virtually useless. The reason? Language. And logic.

Way back, when I was training to be a social worker, I signed on for an optional course called ‘The Use of English’. Some of my friends thought it irrelevant – what had use of English to do with being a social worker? The answer is ‘everything’. It’s all to do with clarity.  It’s not only writers who need to make their meaning clear. For them it’s a matter of reputation and personal pride. But in other professions it can be a matter of life or death – literally. Think doctor. Think air traffic controller. Think engineer.

While computer and printer technology may not be a matter of life and death, lack of clear instructions can lead to hours of wasted time, great frustration and dent any good will felt towards the manufacturer of the equipment. While perhaps unquantifiable, this is nevertheless undeniable. Just take a look at some of the reviews next time you are buying a piece of technology.

Perhaps the most valuable lesson I learnt from that ‘Use of English’ class was this. If a piece of writing doesn’t make sense, don’t immediately assume it’s because you are not clever enough to understand it. Think instead – is it me, or is it badly written? You will find that in many cases it’s the latter. The meaning hasn’t been made clear in the writing.  Punctuation plays a large part here. The placing of a comma, for instance, can alter the entire meaning of a sentence.

To get back to the matter of technical instructions. Language is critical, but so is logic.  In my experience, people who know a subject really well make an entirely unconscious assumption that everyone else does too. When I started to read ‘A Brief History of Time’ I was delighted that I appeared to understand it. At first.  I can’t remember where I got lost but it was quite early on. Later I worked out the reason. It began well enough. A to B, B to C, C to D. Then suddenly we had jumped to J, K, L and another leap to Q and so on. The bits just didn’t link up; I couldn’t follow. As I result I gave up on a book that I had really wanted to read.

I gave up on my poor printer too. My attempts to recalibrate it were frustrated by the incomprehensible instructions. The words bore no relation to the images in front of me. The instructions for my new printer were not bad, but still left a great deal to be desired. If there is a choice between using the printer to set up or using the computer, why not say so? If you want me to return to a section later – and presumably it’s important as you are asking me to do it – why don’t you tell me how to get back to that page?

Since beginning this post I have spent a frustrating half hour trying to set up the ePrint function on the new printer. (Why I’m not sure because I doubt that I will ever need it.) It asked for my password. I entered it. It told me the password is wrong – or at least up popped a little cross, in red in case I am too dim to know what a cross means. After several futile attempts I wondered if perhaps I didn’t have an account after all (although in fact I do). So I tried to create a new account. Only to be told that my email address is already registered. So I attempted to change the password. Simple, you’d think. Not. I was directed to a completely different site, a commercial site that prints photographs. I do not want to use a commercial site that prints photographs. I have just bought a printer that does just that. Doh!

I’ve given up for now. Maybe for good. There’s no phone number so I can ask a helpful person for the information that should have been there from the start. Which account are you talking about? Do you mean the same one I always use for Hewlett Packard’s products? (There! I’ve said it.) If not that account, why don’t you tell me which one you are talking about? Why am I obliged to sign in to a totally random account that I don’t want in order to get a password for an account that I do want? Or might conceivably want in the future? Can you please direct me to your communications department? I would willingly accept the task of writing logical, fool proof instructions in clear English for you. Please ask them to get in touch. You can contact me via the contact page on my website. You won’t need a password.