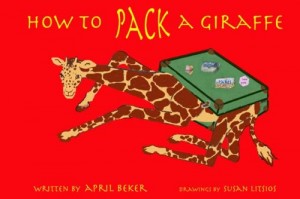 I note the instructions on the airline’s website. I even go so far as to measure my hand luggage. Better safe than sorry, as they say. What with most of the airlines jumping on the Ryanair bandwagon and charging an exorbitant fee should your hand luggage protrude a millimetre beyond the accepted norm.

I wonder why I bother.

Flying to Malaga to volunteer at a rescue centre, I paid a massive £37 for the privilege of putting a suitcase in the hold. And even that weighed in at less than half of the 20 kg allowance. However, I didn’t have much choice. You need plenty of old clothes and sturdy shoes and wellies if you’re going to be walking, washing and generally cuddling and playing with a whole load of eager and boisterous dogs.

I wouldn’t have minded if everyone played by the rules. They don’t. That being the case I would have expected the airline personnel to take action. They don’t. This is not the first time I have witnessed ground crew turn a blind eye and cabin crew stand by while sweating cheats attempt to hoist ‘ hand baggage’ into the overhead lockers. Said ‘hand baggage’ being easily large enough to contain a large pony or a small giraffe.

On this occasion I flew Monarch, though they are by no means the only culprits. On the return flight I reckoned that 50% of the passengers were hefting so-called cabin baggage that in each instance was only marginally smaller than the case I’d had to pay to put in the hold. And sizing up these passengers, I reckoned it wasn’t that they couldn’t have spared the extra money.

Some people just don’t believe rules apply to them.

One blonde, orange lady had an enormous, pale blue holdall that fitted that description exactly – it held all including, no doubt, a designer kitchen sink. A bearded gentleman wielded a massive rucksack type of container that nearly felled the woman behind him as he manhandled it into the overhead lockers. I’m not talking about a few inches extra here. Nor a few pounds of extra weight.

During the interminable wait at the baggage carrousell there were plenty of mutterings from other law abiding folks as we eyed the lawless ones making their seamless way towards the exits. Hauling their ponies, giraffes and kitchen sinks behind them.

Of course there’s nothing to stop me breaking the rules too. Except. Guess who’d be the one to be picked at random and asked to do the ‘cabin bag test.’ You don’t need to ask!