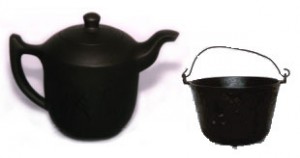 Last week I was bemoaning sloppy language. This week it’s sloppy reading. Or, to be more accurate, reading a watered down, slanted impression of what someone else has written, and taking it as fact. If you want to criticise Hilary Mantel for goodness sake read what she actually wrote, not what the tabloids and others say that she wrote.

I blame the press but I also blame our general laziness; I include myself of course. A nice bit of gossip, a slice of sensation is easy to read and hard to resist, unless you are very, very noble or perhaps a tad po-faced. Show me the Guardian and Times reader who has never, ever, not even once taken a quick peek at the Mail or the Express. Perhaps not the Sun, that might be a step too far.

The ‘Hilary Mantel v. Katherine Middleton’ story is a case in point. I was going to say ‘debate’ but it’s not a debate, is it. (Rhetorical question, spellcheck, no need for a question mark.) It’s a perfect example of the meaning of the word ‘uninformed’. Relatively few people read The London Review of Books so it would be unfair to expect that they would have read the whole article in full. Nevertheless, it does behove (lovely word) the press to report accurately and in a balanced manner, if they are going to report at all. As to David Cameron wading in – he obviously hadn’t a clue what he was talking about. No surprise there then.

I can see no reason why certain journalists would bother to comment on the Mantel article except to seize upon her so-called criticism of ‘our Kate.’ Leaving aside that it’s a free country where people are still allowed to express an opinion, a careful reading shows that, if anything, Kate is treated more sympathetically than critically. Yes Mantel uses the words ‘jointed doll’ but what comes before that? The sentence reads ‘… I saw Kate becoming a jointed doll’ and further along “a shop-window mannequin, with no personality of her own, entirely defined by what she wore.’ The italics are mine. And the question is of course, who is defining her. Not Kate herself. The press and we readers.

I’m not proposing to go through the whole article. However, it’s worth pointing out that while it runs to over 5,500 words direct references to Kate Middleton are minimal. More to the point the so-called criticism of Kate is not personal, nor indeed are any of the individuals mentioned treated to the sort of outright tearing of limb from limb so often meted out by the press. The bulk of the article is a thoughtful and erudite examination of monarchy in a historical context and their understandable fixation on the need to produce heirs. Together with a measured, fascinating analysis of our continuing obsession with them.

While at times very funny, overall I find it enlightening, thought provoking and sympathetic. Yes, she is critical and expresses strong opinions but the real criticism is for the way the monarchy is presented to us.

“It may be that the whole phenomenon of monarchy is irrational, but that doesn’t mean that when we look at it we should behave like spectators at Bedlam. Cheerful curiosity can easily become cruelty. It can easily become fatal. We don’t cut off the heads of royal ladies these days, but we do sacrifice them, and we did memorably drive one to destruction a scant generation ago. History makes fools of us, makes puppets of us, often enough. But it doesn’t have to repeat itself. In the current case, much lies within our control. I’m not asking for censorship. I’m not asking for pious humbug and smarmy reverence. I’m asking us to back off and not be brutes.”

That is a direct quote from the concluding paragraph of the article. It certainly gives the lie to the claim of a ‘venomous attack’ as stated in the Mail.

When it comes to criticism of the royals, the Mail is no slouch itself. In the very week that it attacked Mantel it treated us to a lengthy article on how the Middleton family are exploiting poor Mexican workers paying them ‘sometimes less than 10p an hour’ to make a product that ‘sells for £12.99.’ Full of evocative language and photographs it nevertheless takes care to say that the Middletons are profiting ‘albeit inadvertently’ from the labours of these poor overseas workers. Thus covering themselves from being sued. Though, if the Middletons are indeed unaware of the exploitation, wouldn’t it be better to draw it to their attention privately instead of splashing it all over the papers. But what would be the point of that?  The words ‘pot’ and ‘kettle’ spring to mind. And how!

Hilary Mantel’s article ‘Royal Bodies’ was the basis of a lecture, organised by the London Review of Books, and delivered at the British Library.  Later published in the Review. I urge you to read it if you can, it’s online. For excellent and more in-depth analysis read Hadley Freeman’s piece in the Guardian, Gaby Wood in The Telegraph and Google ‘Hilary Mantel’ for a plethora of information, biased and unbiased. I should have realised that many others have written and tweeted about this, but it’s been a heavy week and I’ve only just found time to read the full article and catch up with the various commentaries.