Murder in a locked room …

Whatever happened to Isidor Fink? 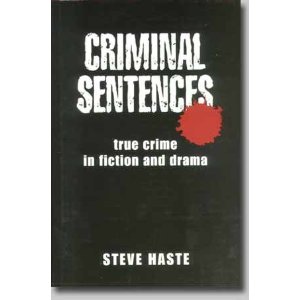 Criminal Sentences is one of my favourite reference books as well as being a great read and a book you can keep dipping into. Among other things it offers an A-Z of true crimes and criminals, which links them to the plays, films, novels and short stories that they’ve inspired. I opened it again the other day and found that a post-it note, on which I had scribbled ‘Locked Room Mystery’, still marked a page. Why I left it there I no longer remember and why I had marked the page in the first place I’ve long forgotten.  It may be because the Isidor Fink Murder still remains officially unsolved.  Which intrigues me. I love this sort of stuff.

The scene: New York, 1929. Isidor Fink, a young Polish refugee, runs a laundry from one room in the lower East side. Fearful of burglars, he keeps the doors permanently locked; the windows are nailed shut. On 9th March Fink’s neighbour hears shots. The police break in to find Fink with two bullets in his chest and one in his wrist. Nothing has been stolen. The room is locked from the inside, impregnable. There is no gun, which rules out suicide.  The police suspect murder. They get nowhere.

These facts could have come straight out of a John Dickson Carr novel. Surprisingly, the master of locked murder mysteries didn’t fictionalise this one. The person who did is Ben Hecht. His short story, The Laundryman, appears in the collection ‘Actor’s Blood.’ As far as I can tell he is the only one to have used this particular crime, but fiction of this type abounds. My appetite having been whetted, so to speak, I did a bit of research and hardly needed to look beyond Wikipedia for a veritable feast of material. So much that this post can only scratch the surface of the surface.

It’s generally acknowledged that the first complete example of the genre is Edgar Allan Poe’s The Murders in the Rue Morgue, published in 1841. In the following years others, such as Wilkie Collins, included elements but it wasn’t until 1892 that the seminal story made its entrance.  The Big Bow Mystery, written by Israel Zangwill, introduces what is said to be the hallmark of every ‘locked room’ mystery. Namely, misdirection.

Since then, everyone from Conan Doyle to G.K. Chesterton to Agatha Christie has joined in. Even Enid Blyton. English writers, while prolific, didn’t have this field to themselves. There were many important French writers of the genre, among them Pierre Boileau and Thomas Narcejac and Noel Vindry. The most prolific writer after the Golden Age was  Akimitsu Tagaki, a Japanese. In modern times another Japanese writer, Soji Shimada carries on the tradition along with a French writer, Paul Halter.

So what really happened to poor Isidor Fink?  One of the theories at the time was that Fink had been shot outside in the hallway but had managed to escape into the room and bolt the door. The medical examiner scotched that one, saying that his wounds were such that he would have died instantly, where he was shot. However, in 1942, a little more than ten years later, an article in Edinburgh’s police journal, written by the pathologist Sir Sidney Smith, recounts a case that may offer a solution. He tells of a suicide, who shot himself in the head, causing colossal damage, but who somehow managed to live for several hours, only dying after he had made his way from the scene of the shooting back into his own apartment.  Perhaps that’s what happened to poor Theodore. Sadly we will never know.