It’s not about the postal service, it’s about sex … 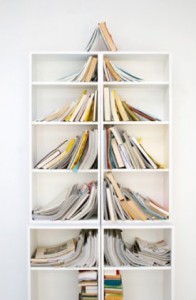 James M. Cain tells a great story about his novel The Postman Always Rings Twice. A strange title, you might think, for a book about sex. It appears, though, that the manuscript was rejected so many times that when the rejection letters arrived, the postman rang twice.  Now this does rather beg the question as to how the postman knew they were letters of rejection.  It’s a great story and who am I to take issue with the likes of James M. Cain.

My information comes from Rotten Rejections, edited by André Bernard. It’s subtitled ‘The letters that publishers wish they’d never sent’ – and to give him his due, he does include rejections he sent out as well as some he received. Of course we all have the benefit of hindsight, even so the book is a great encouragement for those of us who’ve ever been rejected. I particularly dislike the cop-out –  ‘it doesn’t fit our list’ but I’m in good company. The great Agatha Christie was subjected to that one for The Mysterious Affair at Styles.

There are so many gems in this book it’s hard to know what to include. So I’m leaving aside manuscripts that were rejected because they were, in their time, considered to be too racy or too sexy. Manuscripts submitted by DH Lawrence, Norman Mailer, W Somerset Maughan,  Vladimir Nabokov, Thomas Hardy and Jacqueline Susann among others. Since I haven’t room for all of them I’m listing those that most appeal to me, on all sorts of levels.  Some are well know, others less so. Here’s a selection.

Animal Farm, George Orwell. “ It is impossible to sell animal stories in the USA.”

Crash, J.G. Ballard. “The author of this book is beyond psychiatric help.”

The Bridge over the River Quai, Pierre Boulle.  “A very bad book.”

Untitled Manuscript, Emily Dickinson. “Queer … the rhymes were all wrong. They are … generally devoid of true poetical qualities.”

Northanger Abbey, 1818. Jane Austen.  “We are willing to return the manuscript for the same advance we (paid) for it.”

The Lord of the Flies, William Golding. “It does not seem to us that you have been wholly successful in working out an admittedly promising idea.”

The White Goddess, Robert Graves. “I have to say that it was beyond me and failed to stir any spark of interest …”

Catch-22, Joseph Heller.  “I haven’t really the foggiest idea about what the man is trying to say. It is about a group of American Army officers stationed in Italy, sleeping (but not interestingly) with each others’ wives and Italian prostitutes, and talking unintelligibly to one another … constitutes a continual and unmitigated bore.

The Spy who came in from the Cold, – John Le Carré “You’re welcome to le Carré – he hasn’t got any future.”

A Dance to the Music of Time, Antony Powell. “… a 350,000 word monstrosity that may not be any more saleable than its parts have proved.”

Man and Superman – George Bernard Shaw. “ … he will never be popular in the usual sense of the word, and perhaps scarcely remunerative.”

The War of the Worlds, H.G. Wells. “ An endless nightmare. I do not believe it would take … “

A River runs through it, Norman MacLean. “These stories have trees in them.”

That last one is my absolute favourite, it’s so weird – mad as cheese. Apart from the rejections themselves, the book is full of anecdotes by or about writers such as George Bernard Shaw, Steven King, Emily Dickenson, James Joyce and Beatrix Potter. The Tale of Peter Rabbit was self published in the first instance, though the publisher who’d rejected it later had a change of heart. And knew he was onto a sure thing!  Not much change there then! But take heart.  There’s no disgrace in being rejected, especially in such illustrious company.