“They couldn’t hit an elephant at this dist…” 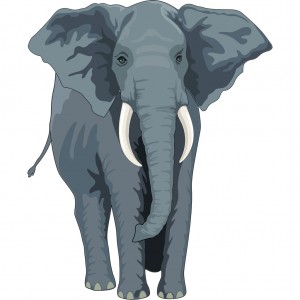 If you’re of a nervous disposition, step away from the screen.  I mean it. Shut down your computer now and step away. However if, like me, you are attracted by all things weird, including strange and unusual deaths, read on. It’s not the death part of it that attracts me; it’s the quirky and strange circumstances. Plus the fact that it raises an illicit giggle where giggles have no place. Like having an urge to laugh at a funeral. You know you shouldn’t. Indeed you don’t want to but somehow you can’t help it.

One of my favourite weird deaths is death by carrot. There’s one real one and one fictional one. You’ll find them in an article I wrote a while ago. The craziest carrot death is in the opening scene of the film ‘Shoot ‘Em Up’ where Clive Owen dispatches the baddie with a carrot stick. Sounds unlikely? Well it is a film. In real life the unassuming carrot was also responsible for the death of a man called Basil Brown. A health fanatic, the poor man took it too far with the carrot juice. Having downed gallons of the stuff in a short space of time he ended up bright orange. And dead.

So far, so weird. But there’s more. Before I carry on, for the pedants among us, of which I am definitely one, I hasten to explain that in many of these sad cases death was actually the result of a heart attack, or strangulation or drowning or by breaking your neck by inadvisably jumping off a tall building wearing a Heath Robinson style overcoat-parachute. It was the things that led up to them that were strange. There are so many of them, it’s hard to know where to begin.  Death by cactus, by bottle cap, by sheep and by beard. And more, far too many to mention.

In 1982 David Grundman and his mate decided to do a little shooting, with a cactus as the target. The cactus got its revenge; a chunk of it sheared off and crushed him to death. Tennessee Williams, the famous playwright, choked on a bottle top. Poor Betty Stobbs was knocked off her feet by her herd of sheep and pushed over a cliff. Ungrateful creatures – she’d only come to feed them. Hans Steinen grew the longest beard in the world, tripped on it and broke his neck escaping from a fire.

There are enough weird deaths to fill months of blog posts. They come in all guises – romantic, incredible, spooky, and, yes, funny. One of the most romantic sounding deaths is that of Chinese poet Li Po. Apart from being one of the greatest poets in Chinese literature, he also loved a drink. Poor man fell from his boat on the Yangtze River and drowned while trying to embrace the reflection of the moon. That’s one version. Grigori Rasputin’s death is downright weird. The Russian mystic, was reportedly poisoned, shot in the head four times, clubbed, and finally when these failed he was chased into a frozen river.

In 1991, Yooket Paen was walking in her farmyard. She slipped, grabbed a wire. It was live. She was electrocuted and died on the spot. Shortly after her funeral Her sister was out in the farmyard with neighbours, demonstrating how the accident had happened. She too slipped. Grabbed the same wire and she too died. You’d think they would have taped it up or something. That wasn’t just an accident waiting to happen. It had already happened.

General Sedgwick fell in battle during the American Civil War. Shots fired by Confederate sharpshooters caused his men to duck for cover. The Confederates were roughly 1,000 yards away. Sedgwick was disgusted and walked into the open, striding around saying “I am ashamed of you. They couldn’t hit an elephant at this distance.” Despite this his men continued to cower. So he repeated “I’m ashamed of you, dodging that way. They couldn’t hit an elephant at this dist …” and fell forward with a bullet hole in his eye. I know it isn’t funny, but … well it is.

“You scream, I scream, we all scream for ice cream”

So went the lyrics to the hit of 1925, sung by Waring’s Pennsylvanians, the Six Jumping Jacks and even later by the likes of Chris Barber’s Jazz Band. In those days ice cream came in vanilla, chocolate, strawberry and other fruit based flavours. You might perhaps have found coffee flavour or caramel. But not Kentucky Fried Chicken, even though it was America.

Today you’ll find ice cream in every flavour under the sun. Doc Burnsteins Ice Cream Lab in Arroyo, California offers such tempting delights as Merlot raspberry truffle (made with real wine), rainbow sorbet and egg nogg, besides birthday cake and motor oil. Not mixed together – though even that wouldn’t’ surprise me. These are two separate flavours; the latter made from dark chocolate, Kaluha and fudge.

Hardly weird at all

We’ve become so used to strange and unusual foods that some have become almost normal. The flavours run the whole gamut from breakfast to dinner, or as they say in the States, from soup to nuts. Cornflake ice cream is quite delicious and does actually taste of cornflakes.  Heston’s bacon and egg ice cream is positively old hat – nowadays you get bacon with everything including chocolate so having it pop up in an ice cream is no big deal. Sausage and mash, Brussels sprouts, spinach, salad – no I’m not making this up.

In this category I class the flavours that seem to be having an identity crisis.  Some of them are a bit of a cheat to tell the truth. Because they’re meant to be savoury accompaniments – like the garlic ice cream that’s served with steak. I’m not sure that the same excuse can be made for fish and, chips, pizza, haggis and Yorkshire pud flavours to say nothing of cheeseburger (with fries.) Ye Gods! Nor for Coronation chicken, octopus, smoked salmon, sardines with brandy and spaghetti with cheese. All are ices available in a variety of restaurants and emporiums – not just in far flung places without the law but in our own dear London town.

Not so much weird as really icky

Now we come to those that are not so much having an identity crisis as heading straight for the asylum. Fancy some breast milk ice cream? Selling as Baby Gaga, this offering, from London’s The Icecreamists, uses fresh donations from the public – oh yum! Of course you could always help things along a bit, in a roundabout sort of way, by sampling some Sex Pistol ice cream. Also known as ‘Viagra’ ice cream it’s electric green, contains stimulants such as ginkgo, arginine and guarana and comes with a shot of Absinthe. And you’re only allowed one a day. It figures.

Not yucky enough? A nice dish of spleen and artichoke, perhaps? Or whatabout Japanese Basashi, which replaces the more normal cookie or chocolate chunks with lumps of horsemeat. Enough to make you break out into a cold sweat? Not to worry – you can get that too. Well, it’s more the effect than the flavour since Jalapeno or ‘Cold Sweat’, from North Carolina, is made from some of the hottest peppers known to man.  You’ll be required  to sign a waiver because, and I quote “what is painful going in, might be painful upon exit.” Ouch! Puts those song lyrics in a completely different light, doesn’t it!